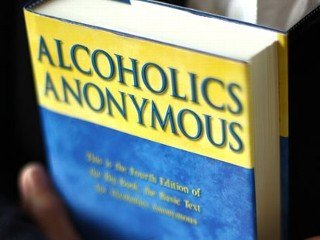 For many Orthodox Christians suffering from addiction, entering into a 12-step program can create feelings of conflict between wanting to heal from the addiction without going against the teachings of the Church. An Orthodox priest, in recovery himself, shares with us that, with a proper understanding of 12-step programs and how they work, we have nothing to fear.

One concern about these programs is the reference to God as a “higher power.” Many object to this term because they feel it derives from pagan origins and reduces God to some New Age idol. In order to gain a better understanding of why programs such as Alcoholics Anonymous refer to God in this manner, we need to learn a little bit about their history. This allows us to then see how 12-step programs pose no threat to the teachings of the Orthodox Church but, rather, help us to understand them.

In the primary 12-Step text, Alcoholics Anonymous, the word ‘God’ appears 138 times. The term ‘Power greater than ourselves’ appears 18 times. ‘Higher Power’ appears twice, as do ‘Power’ and ‘Supreme Being’ as synonyms for God. The synonym ‘Creator’ appears 12 times. The phrase ‘God as we understood Him’ appears six times. In single instances, God is also referred to in single instances as ‘Spirit of the Universe,’ ‘Presence of Infinite Power and Love,’ ‘One is God,’ ‘Great Reality of a Loving and All-powerful Creator,’ and ‘God as you understand Him.’

Then, there is this quote (Alcoholics Anonymous, p. 181):“Your Heavenly Father will never let you down!” In the AA tradition, we can see how God is referred to as a single figure and not some impersonal being such as an energy field. Referring to God as a higher power is an acknowledgment that He is greater than any of us and by His grace can we find healing for our addictions.

To explore this a bit further, we must understand that the Orthodox faith did not reach the shores of America until the late 19th century and did not become accessible to Americans initially due to the ethnic language barrier that prevented Americans from participating. At the time that AA was founded in 1935, the founders only had Protestant and Roman Catholic teachings to follow as the program was developed. Given the ambivalence that many program members had towards God because of false teachings, it was difficult for program founders to convince members that God was in fact their path to recovery and salvation.

When AA began to teach members that God was greater than them, they taught a belief entirely in line with Orthodox belief without crossing over the line into being a religion. This careful balance allows for an Orthodox Christian suffering from addiction to receive the help he or she needs while remaining true to the faith. The God of the 12 Steps is: monotheistic, all powerful and loving. This is the teaching of AA and it is the teaching of the Orthodox Church.

As the priest who wrote about 12-steps says in his own words: “As one raised outside the Orthodox Church, I can vouch for the many Orthodox Christians like me who have found the Church through the preparatory work of the 12 Steps. Were it not for the 12 Steps erasing my resistance to God, I would have never converted.”