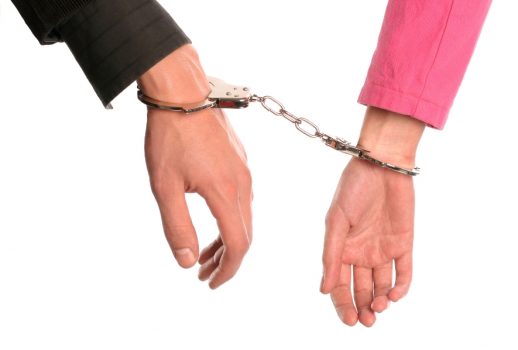 Fr. Christophe refers to one addiction as “the mother of all addictions” because it is the root cause of virtually all other addictions. In his many years of counseling addicts, Fr. Christophe has found this particular illness to be the one contributing factor in the formation of the conditions that lead to addiction. The illness is co-dependency. It is a relationship illness that comes mostly from our upbringing. From the Church’s point of view, we can look at it as years of the effect of sin and its devastation and its dismemberment and attack upon the sacrament of holy matrimony which is one of the most precious relationships which God has created for our salvation.

There is a fellowship called ACA Redbook 12-Step Fellowship. ACA stands for Adult Children of Alcoholics or Dysfunctional Households. Members are those who have been affected by dysfunction in their households for many years, oftentimes going back generations. The primary emphasis of this program is to forgive one’s parents and any other authoritative figures that may have hurt us as children and adolescents so that we do not repeat the destructive patterns with our own children. Co-dependency, like all addictions, can pass down through the generations if left unchecked and untreated.

Co-dependency is a learned behavior that can be passed down from one generation to another. It’s an emotional and behavioral condition that affects an individual’s ability to have healthy, mutual, satisfying relationships. It’s also known among many therapeutic circles as a relationship addiction, because people with co-dependency often form or maintain relationships that are one-sided, emotionally destructive and/or abusive. Co-dependent behavior is learned in childhood from watching our relatives that suffer from addictions. The child grows up imitating the behavior, thus allowing it to continue on into the next generation. It becomes a vicious circle that becomes extremely difficult to break out of the longer it continues.

Treating co-dependency begins with the same first step of any 12-Step program: the dysfunctional family members must admit that there is a problem. Like many addicts, there is a state of denial that anything is wrong. There is no talking about it, no confrontation, no acknowledgment of hurt feelings. This denial must be overcome before any further treatment can take place. Forgiveness of all wrongdoings, regardless of who did it, must be extended for the healing process to take root. Co-dependents usually have low self-esteem and look outside of themselves to have their needs met. This leads the sufferer into the destructive relationships that not only do not meet the sufferer’s needs, but can leave him/her feeling worse than before.

To heal from co-dependency then, the process requires the pain and hardship of dealing with grievances and the sins of our forefathers upon our souls and bodies as we were raised, and to grow up in the Lord in such a way that we can leave the grievances behind and extend forgiveness to those responsible. We can look to the suffering of Christ on the Cross to see the example of forgiveness that He extended to those that hurt Him in the cruelest of ways. Betrayed by one disciple, denied by another and abandoned by virtually all those who followed Him for three years, the Lord understood fully the pain of being hurt by those closest to Him. In spite of the physical and emotional pain that He no doubt suffered, He forgave them. We can all learn from His example.

If you or someone you love suffers from the illness of co-dependency, it highly recommended that the ACA 12-Step Fellowship be explored and contacted. This organization can be of tremendous assistance to the co-dependent and his/her loved ones.