Source: Why In The World Would An Episcopalian Become Orthodox? 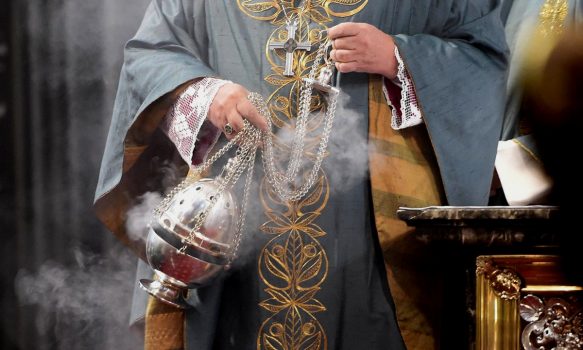 When Father Patrick McCauley first became an Episcopalian years ago, a friend facetiously told him that he had joined the best church that money could buy.”  In fact, another wag observed that the Episcopal Church is the Cadillac of American Christianity’’ and the ‘‘Chivas Regal of Protestantism.’’ These attempts at humor, based on social and intellectual snobbery, have grown a bit stale in the ensuing years, as the stately and venerable American version of the Church of England has experienced wide-spread decline in numbers, theological conviction, and social and political influence.

This sad state of affairs has prompted some Episcopalians to seek a safe harbor outside the Anglican Communion in which to live out their faith. Fortunately, an increasing number of Episcopalians have looked to the historic Church of Christ known as the Eastern Orthodox Church as a place of refuge. In fact, many Episcopalians, especially those who come out of Anglo-Catholic backgrounds, were taught that the church catholic exists in three historic branches: Roman Catholicism, Anglicanism, and Eastern Orthodoxy.

Old fashioned, High-Church Episcopalians have long held a close affinity with Eastern Orthodoxy. In fact, the late Archbishop of Canterbury, Michael Ramsay, said as long ago as the sixties that Anglicans should be working toward union with Orthodoxy because of the commonality of faith. Several recent converts in his own parish have observed that Orthodoxy in no way is a denial of what they have always believed as Catholics in the Anglican Church. Rather, say these good folk, Orthodoxy is simply a fuller, richer expression of the ancient faith of Jesus Christ.  The same creeds, the same Scriptures, the same seven Sacraments, and the same understanding of the apostolic ministry of Deacons, Priests, and Bishops are all valued and affirmed as the foundations of the catholic faith in Orthodoxy as in the traditional Episcopal Church of days gone by.

The Orthodox Church of God continues to proclaim the refreshing Good News that God through His Incarnate Son Jesus Christ is reconciling sinful men and women to Himself, and in so doing, the new humanity created through Christ’s death and Resurrection is the Bride of Christ or the Church. Orthodox Christians acknowledge the centrality of Holy Scripture, the divinely-given Tradition of the Church of the Apostles, and the need of clearly defined teaching and instruction for the faithful.

As one of his own parishioners, an attorney with three sons, said, “I want my boys to have been reared in a church that has some standards and gives them direction and guidance by which to live their lives.  They can’t get that in the Episcopal Church as it now exists.” Orthodox Christianity offers reconciliation between God and man, between human fellow beings, and direction and purpose for living beyond the thrill of the movement, the vacuous chimera of materialism, hedonism, narcissism and individualism. One may indeed be a thinking woman or man and still be a faithful catholic Christian within the ancient Church of Jesus Christ known as Eastern Orthodoxy.