Source: So That God Would Give You To Us 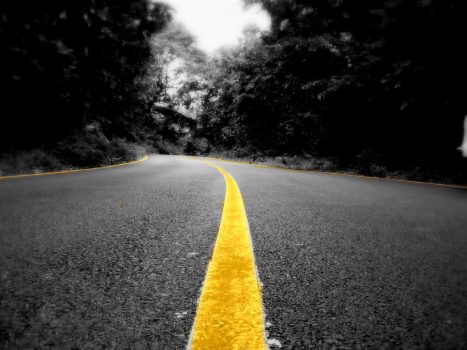 In Latin, Via Media means “the middle road.” On his journey to Orthodoxy, Father Mark Rowe found himself caught in the middle of the theological road between the Anglican Church, into which he was ordained, and the Orthodox Church whose teachings he would come to embrace as the original plank in a long bridge that went off in many different directions. As an Anglican seminarian, Father Mark engaged in lively debates about the Orthodox and Roman Catholic views on theology. As a former Roman Catholic who converted to Anglicanism, Father Mark believed that the Anglican Church was the bridge between the divided Eastern and Western churches.

Upon his ordination to the Anglican priesthood, Father Mark continued to study theology on his own. As he studied Orthodoxy, he found that his beliefs were more in line with Orthodox theology than he realized. He was in full agreement about the Great Schism, the four ancient patriarchates being in communion to this day, that they were the ancient Church and they were Orthodox. He also came to realize that the Anglican Church was Orthodox in the beginning. He was at a cross-roads in the middle of the road. What to do?

At the invitation of a former Tampa parishioner who converted to Orthodoxy several months prior, Father Mark visited an Orthodox church under the Antiochian Archdiocese which had a Western Rite. Converting to Orthodoxy would allow him to practice the true faith while continuing his liturgical heritage and tradition. After several visits and discussions with the parish priest, Father Thomas, Father Mark knew that he and his church needed to become a part of the Orthodox faith. A book written by an Anglican convert to Orthodoxy, Anglican-Orthodox Pilgrimage by Frankin Billerbeck, also spoke to Father Mark and where he was in his own pilgrimage at the time.

His friendship with Father Thomas grew and after many visits between parishes, the two priests embarked on a memorable trip to two monasteries in Ocala, Florida. During his visit to the men’s Greek monastery, Father Mark took note of how the monks went about their day constantly reciting the Jesus Prayer. He struck up a conversation with a young Priest-monk who “asked me some very candid questions-questions that changed my life…for once in my life, I had no answers.” The answers would come several years later.

During his visit to the men’s monastery, a strikingly beautiful icon of the Theotokos caught his eye. Not having enough money to purchase it, Father Mark noted to himself to order one after he returned home. As the time came to depart from the monastery, another Priest-monk presented Father Mark with a copy of the icon and the words: “Father, I give this icon to you so that God would give you to us.”

As the years passed, Father Mark went on to serve in the Tampa parish for six years and he also assisted another parish that had no priest. Although Orthodoxy continued to call out to him, he was not yet ready to answer that call. He moved on to Sarasota, Florida to start a mission parish there.

By 2010, Father Mark had been through three church splits since becoming an Anglican. The answers to the Priest-monk’s questions were now revealing themselves. After serving as an Anglican priest for fifteen years, Father Mark was ready to make his way home. After much prayer, consideration and dialogue with the ROCOR Western Rite, he and several other clergy submitted their applications to be received into the ROCOR Western Rite Vicariate. They were blessedly accepted by Metropolitan Hilarion and all were ordained to the priesthood. Following ordination, a letter was then sent to the College of Bishops explaining their intent to become Orthodox.