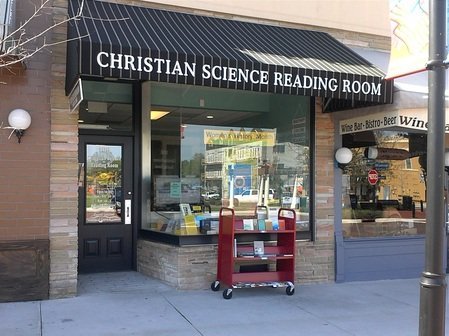 A journalist is defined in many ways. One of the best definitions would have to be someone who places the public good above all else and uses certain methods-the foundation of which is a discipline of verification- to gather and assess what he or she finds. The story of journalist Alfred Siewers’ discovery and conversion to the Orthodox faith meets this definition in every way. On his path to Orthodoxy, he was able to put to use all of his journalistic skills to find the One True Faith—the Orthodox Church.

Alfred’s story begins when he worked for a major Chicago newspaper covering all manner of tragedies that left him praying and asking God, “How can I be of service?” In spite of a successful career in journalism and being a devout Christian Scientist, Alfred felt spiritually unfulfilled. Although his parents were very caring and ethically minded, his Unitarian upbringing lacked any specific Christian orientation.

During his junior high years, his sister would come down with a fatal illness that would compel Alfred to pray and read a Bible in secret. The Protestant faith of his grandparents, with whom he spent time during his sister’s illness, helped to set him on the path to finding a more religious orientation. That path would lead him to a successful career, albeit it would cost him in other ways as he remained unsatisfied in his spiritual life.

After obtaining a coveted position at the Christian Science Monitor, a highly rated newspaper, where Alfred thought he could connect his work to his faith, he would resign after only a few months due to upheaval at the newspaper and return to his position in Chicago. The church’s authoritarian and secular nature left Alfred feeling disillusioned in his search for greater spiritual fulfillment. A personal tragedy would only add to the feeling.

Years of trying to have a child would sadly result in stillbirth during his wife’s ninth month of pregnancy. She was understandably distraught and Alfred felt that he had failed in his faith. They would eventually go on to divorce after Alfred accepted an opportunity to pursue graduate studies in Wales. His wife could not go with him as she worked for her mother’s business and they gradually drifted apart.

Alfred’s saving grace would come in the form of his research into early Irish Christian culture and monasticism which would lead him to become increasingly aware of Orthodox Christianity. After visiting several other churches, Alfred attended an Orthodox parish near the university where he studied. He would find parishioners “who were very welcoming and provided examples of traditional Christian lives that I really needed.”

The combination of attending Divine Liturgy and other services, and his own reading and research, led Alfred to a revived and redirected prayer life where he finally felt that he had found the early Christian Church. The words of Metropolitan Hieretheos Vlachos resonated deeply for Alfred: “Christianity is not a religion but a form of therapy.” Alfred would come to know the truth of these words when he visited an Orthodox cathedral in Chicago and fell in love with the iconography and music.

Alfred eventually went on to be baptized, chrismated and married in the Orthodox church. Under the loving guidance of his spiritual father and the warm embrace of his church family, Alfred has the opportunity to work on his salvation through God’s grace.