Source: Why A Chinese Buddhist Became an Orthodox Athonite Monk 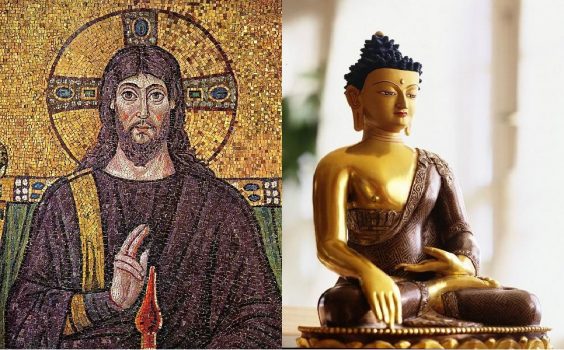 A friend can be many things. A confidant, a comforter, a keeper of secrets, someone who can pick you up when you feel down. This person is happy when you are happy, sad when you are sad and can lend a shoulder for you to cry on. A friend can be one of the greatest sources of companionship in the world. This companion can come from almost anywhere: school, work, the gym…even from a faith.

This is how a novice monk from China met his companion, God.

When Father Libyos visited the Monastery of Simonopetra on Mount Athos, he was surprised to meet a Chinese Orthodox monk. Knowing that Buddhism is a major religion in China, Father Libyos was curious to hear of how this monastic came to embrace Christianity. The monk’s answer threw Father Libyos for a loop.

“Brother, how did you, a Chinese man, embrace Orthodox Christian monasticism coming from such a great cultural tradition? Were you a Buddhist?”

“What won you over to Christianity?”

No doubt seeing a surprised look on Father’s face, the monk went on to explain the key difference in Buddhism and Christianity, companionship. In Buddhism, the monk explained, you are alone in your struggles especially the struggles you have with yourself. In Christianity, on the other hand, you have God. He is an assistant, a companion and a fellow traveler on the path that you walk on. He loves you, cares for you and listens to you when you need someone to talk to. It is a relationship in every way.

The monk’s words would remain in Father Libyos’ mind when he fell ill with a severe cold that left him in terrible pain in spite of doctors telling him they could find nothing wrong. The words would also resonant when he found out that an uncle came down with cancer as a result of bad habits. During these trying times, Father realized how important it was to have a God to talk to and to know that there was someone there who could hear him and be receptive to his feelings.

The need to know that someone is there loving you, caring for you and listening to you in a need that is ingrained in every person, even those faiths that may not believe in one God. As Saint Gregory the Theologian said: “When you are not well, or not feeling so, speak. Speak even if it is to the wind.”