Source: I Went The Long Way Around 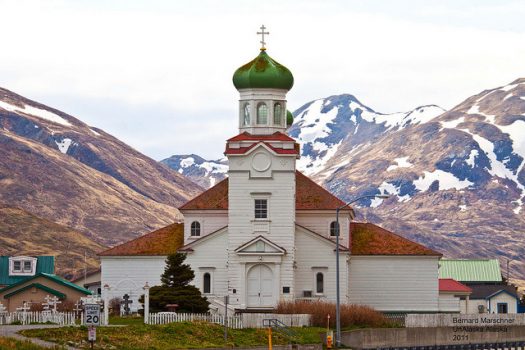 At an age when most children do not know what religion is let alone how to choose one, Elizabeth Markovich was already starting down the path of discovery to the true faith. As a train makes many stops on the way to its final destination, Elizabeth’s journey to Orthodoxy began with her exposure to religious conviction via her grandmother’s involvement with the First Christian faith. The revolutionary words of Jesus in the New Testament spoke to Elizabeth. Unfortunately, as she states in her own words, “I did not see the same spirit reflected in the Christians and churches around me. I wondered if there were secrets I didn’t know yet…”

Her quest to uncover those secrets first took her to the Presbyterian church where she learned the Protestant view of salvation and was surprised to discover there wasn’t much meat on the Protestant bones. Even at the tender age of 14, Elizabeth asked questions far beyond her years such as what the Holy Catholic Church was as spoken of in the Apostles Creed. Feeling that her questions were not taken seriously due to her young age, Elizabeth left the Presbyterian church.

Having read many different books about spirituality including the Tibetan book of the Dead, the Bhagavad-Gita, parts of the book of Mormon, the Koran and others, the next stop on Elizabeth’s journey to Orthodoxy took her to the Unitarian church. Having found and joined in a study group, she was intrigued by the idea of the soul’s development and evolution. Her participation was short-lived as the group moved to New York and she had married her husband by then.

She continued her journey and found some spiritual support in the Unity church which is a denomination of the Protestant church. While the teachings of Unity appealed to her from the standpoint of changing oneself through changing one’s thoughts and attitudes, Elizabeth found herself increasingly bothered by the “you mix it and fix it yourself” aspect. Participants were encouraged to find their own ways of lifting themselves up without the benefit of, and guidance from, mentors that were experienced in traditional teachings about Christ. Although she stayed with Unity for some time, she knew there was something missing.

Eventually, Elizabeth’s journey to Orthodoxy would cycle around as she remembered her best friend in grade school, a Greek Orthodox girl who invited Elizabeth to attend church with her. The church was very ethnic, however, and the theology did not come through clearly enough for Elizabeth to understand it. Her desire to learn the true teachings grew as she did and as she came to understand the Orthodox viewpoint of achieving salvation by way of a combined effort of our own works AND grace from God Himself, she began to attend the liturgies.

One meaning that struck a chord for Elizabeth was the teaching that God does not hold the sins of Adam against all of us. Christ was sent to us for the purpose of atoning for Adam’s sins as well as for ours, now and for all time. The rich 2000-year-old history that has remained unchanged and steady to this day also led Elizabeth to the end of her quest to find the true faith. Orthodoxy would be the last stop for this spiritual passenger who wanted to find the truth.