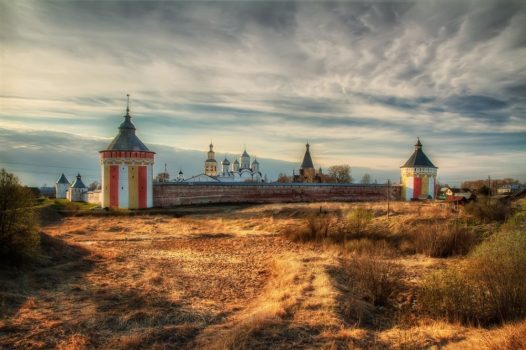 Street preachers abound in every city in America. Many can be found on college campuses including Penn State where seminarian, Jesse Dominick, would first come to hear of the true Church. Born and raised an Evangelical Protestant in southern Pennsylvania, Jesse grew up in a very conservative and religious family. Sharing many of the same beliefs as Orthodox Christians, the only glaring difference was the lack of belief in liturgical worship, the sacraments and the Saints. Salvation was only necessary once, and Jesse firmly believed throughout his youth that receiving Christ as a child cemented his place as a saved Christian.

After high school, Jesse went on to college as a Nittany Lion at Penn State where he engaged in many of the usual activities including partying. He stopped attending church but never gave up his belief in Christ. At one party, Jesse attempted to convince several friends that behavior such as homosexuality were sins. They countered with drunkenness also being a sin. In his youthful ignorance, Jesse refuted this claim by stating that his salvation came as a child and once saved, always saved, regardless of one’s own behavior.

His eye opener came after a concert one evening when he and his friends were arrested, they for drug use and he for drinking. Having already been charged with underage drinking in highschool, the partying quickly took its toll and his own shame got the better of him. He stopped partying and went back to church. His encounter with an on-campus street preacher by the name of Gary Cattell would become the first step in Jesse’s journey to Orthodoxy. Known as the “Willard Preacher” because he preached outside of a campus building of the same name, Gary was a convert to Orthodoxy himself. He made quite an impression on Jesse who decided to attend a service at the Holy Trinity Orthodox Church one Sunday morning.

Initially, Jesse was shocked by what he thought was an odd form of Catholicism. He left and joined a Baptist church where many fellow students were members. He participated in various youth groups on an almost nightly basis. The following spring, Jesse would again encounter the Willard Preacher, only this time, Jesse listened to the preacher’s words far more intently. The preacher, like Jesse, was so firm in his convictions about salvation and the Bible being the sole authority of Christianity that when he was challenged by a Catholic and Orthodox student, he discovered that the Bible makes no such claims. His desire to learn the truth led him to the Orthodox Church.

Like the preacher, Jesse knew that to continue in his quest for the truth, he would need to become Orthodox and a full member of the ancient faith. Whereas many other converts weep and struggle before taking the final step, Jesse’s conversion fell right into place. Everything that he once rejected as a child, he now embraced wholeheartedly. Services such as Pre-Sanctified Liturgy left him feeling as if he had attended a spiritual workout and Pascha was unlike anything he’d ever seen!

Returning home for the summer, Jesse attended the local Orthodox Church and became a catechumen by that fall. Other students would likewise become catechumens as a result of the Willard Preacher’s words. Jesse was baptized on Holy Saturday in 2006, a moment that was the greatest of his life. The words of another great preacher would lead Jesse to St. Tikhon’s Seminary to discern a vocation. The words of Fr. Seraphim Rose, of blessed memory, taught Jesse a truth that he had been unable to find anywhere else. Jesse ascribed to develop the same trueness of heart as Fr. Seraphim. Although Jesse wasn’t quite sure where his path of service would take him, he was sure of one thing. Salvation is a path to be traveled all throughout life, not just one part of it.