Source: How I became an Orthodox Christian 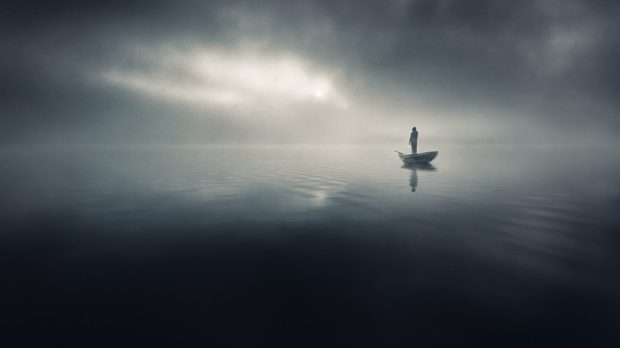 This is the story of Alana in answer to the question asked of all converts to the Orthodox faith: how did you become Orthodox? Alana’s story begins in childhood and being raised in a non-denominational home by parents who loved and served God above all else. Having grown up in Switzerland where her parents worked with an inter-denominational Swiss ministry, the family attended, but did not join, the Swiss Reform Church. The issue that prevented them from joining fully as members was infant baptism. They did not agree with the practice.

Upon returning to the United States, Alana and her parents joined a charismatic church borne of the Church of Christ where restoration movement theology formed the thought processes. By the age of 12, Alana was baptized and, as she moved through her teenage years, began to have questions about victory over sin. Suffering from an eating disorder, she was desperately in need of grace that would help her to overcome the disorder and sin in general.

Her college years would bring about some understanding as she came to realize that she was not the only one asking the hard questions about holiness. She became familiar with Methodism and after completing her degree in only two and a half years, Alana attended Asbury Theological Seminary when she was 20 years old, following her parents. She earned a Master’s of Divinity Degree, got married and had a baby. The early years of motherhood would see the tragic loss of her husband’s parents and one of his sisters, while the younger sister would live with them for one year before moving in with an aunt and uncle.

Alana’s time in seminary was dangerous for her spiritually as she came to feel deeply lonely and had to confront her spiritual bankruptcy due to the lack of tools that she needed to make the Scriptures say what she needed them to say and so that she could learn to preach more effectively. She needed something to keep her true to the core of the Christian faith. Eventually, Alana decided not to pursue ordination without being fully aware of the reasons why.

After trying and not finding a good fit in the Free Methodist Church, Alana and her husband reconnected with some people that he knew from the Mennonite Church he attended while he was in college. They joined the Mennonite Church with a real embrace of anabaptism: values, theology, lifestyle, etc. Questions would continue to nag at Alana, in particular the question of why individuals have different interpretations of Scripture. Asking this question of her fellow Mennonites, and even the pastor himself, would yield no satisfactory answers. Alana and her husband also longed for intentional community with fellow Christians, which led her to reading a series of articles on the subject coincidentally written by an Orthodox Christian.

Alana also began to have a deep longing to receive Holy Communion only to be told by her Mennonite pastor that “it was too much trouble, but if she would bring the stuff and do the set up” he would serve it more often. She did so but found it discouraging that, to the Mennonites, Holy Communion was treated as more of a simple memorial than partaking of the Body and Blood of Jesus Christ. Her husband, in the meantime, formed a group of men who met on Thursday nights to pray, discuss theology, the scriptures, etc. Some of the guys were in the process of joining an Orthodox group associated with the Evangelical Orthodox Church, a non-canonical group. It just so happened that the catechetical group was sponsored by a Church in Indianapolis (at the time called Holy Trinity Evangelical Orthodox Church).

One month when it was her husband’s turn to host the group, Alana received a copy of “The Orthodox Way” by Kallistos/Timothy Ware. The book answered her questions so deeply and profoundly that she exclaimed to her husband “we need to be Orthodox!.” For the next six months, they visited a Vespers service on Saturday evenings and attended their Mennonite services on Sunday mornings. Shortly before Easter, they made their break from the Mennonite church and fully immersed themselves in the Orthodox Church. That summer they became catechumens, and the following Easter their children were baptized and they all were chrismated into the faith.

This is a story largely about the inter-working of theology and human relationships and about the hand of God. Through the sacrament of confession, repentance and reconciliation I have found the ancient means through which Christian change truly IS possible. Just ask my priest or my friends: I am changing and becoming a bit more like Jesus.