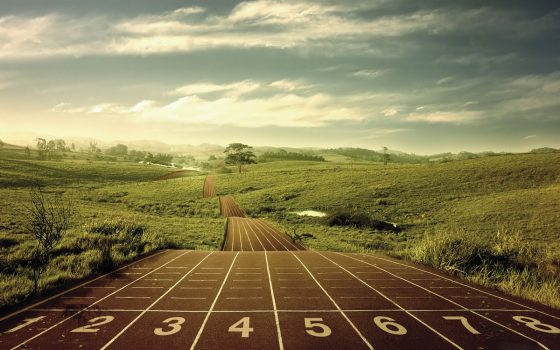 Being born into something can be likened to that race where you have a team of runners who pass a baton to each other after each runner completes his portion of the race. For the most part, when each runner receives the baton, he knows exactly what to do with it. But what if you are the runner that runs for a while but then starts to wonder if you are running in the wrong race? The story of a man who goes by the name of Ezekiel is about someone who started out running in the race into which he was born, only to discover it wasn’t the right race for him.

Ezekiel and his wife were both born, baptized, confirmed and raised in the Lutheran faith, and both of their families were very active in the church. By the age of 13, Ezekiel’s pastor encouraged him to consider becoming a Lutheran pastor. Ezekiel’s education would lead him along this path and would culminate in his completion of study at Concordia Seminary in St. Louis. He was ordained in April of 1972 following his marriage and birth of two children.

As a Lutheran pastor, Ezekiel would serve in three parishes in Iowa, Michigan and Illinois. Two of the three churches were traditional in the sense of having Lutheran Liturgy and the emphasis on church growth and training was based on Martin Luther’s Catechism and Lutheran Confessions. The remaining church focused on growth by following various Protestant methods that all but abandoned the historical ways.

Over time, Ezekiel became discouraged and concerned by what he saw as the abandonment of the “deposit of truth,” and paying lip service to practices such as confession and daily prayer, two things that he strongly encouraged. He and several of his colleagues began to believe that there shouldn’t be a Lutheran church at all because it, like so many churches, came out of a desire to reform from missteps on the part of the Roman Catholic Church. Ezekiel and his brethren believed that the ancient church had always been alive, it simply became “invisible” in the midst of all of the Reform.

Eventually, a small group was formed that held discussions including Orthodox Christians from an Antiochian Archdiocese and a group from the Campus Crusade for Christ. Over the course of their discussions, the group became especially concerned by the Lutheran belief that the priesthood was not ordained by Christ and that congregations could hire and fire pastors as if they were mere employees rather than members called to a specific purpose. The duties of the pastor were thought of as tasks that all Christians could perform. In addition, the thought that the Blessed Mother’s virginity was merely a “pious opinion” also became a source of concern as this teaching has been from apostolic times.

In February of 2005, a retreat at the Dormition Monastery in Rives Junction, Michigan left Ezekiel feeling overwhelmed by the beautiful singing of the sisters, the respect shown during meals where idle chatter was non-existent as a reading was conducted and a talk given by Archbishop Nathaniel left him deeply moved. After this retreat, Ezekiel knew that his conversion to Orthodoxy was no longer a question of if, but when.

Later in 2005, a parishioner said to Ezekiel “You are Orthodox, how can you continue to serve at a Lutheran altar?” Following some harrowing experiences in the Fall of 2005, Ezekiel and his wife finally made the decision to leave the faith they had been born into and became Orthodox Christians in February of 2006. Though their race of faith began in one church, they ultimately crossed the finish line in the One, Holy, Catholic, Apostolic Church, the Orthodox Church.