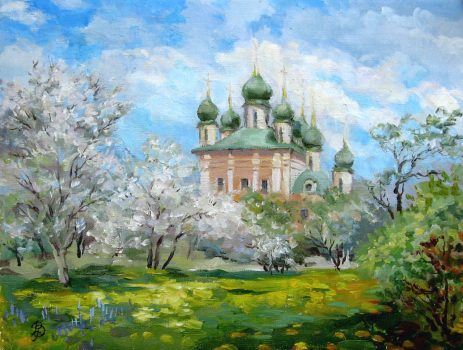 Alexis Baldwin learned about the binding ties of culture and family from his parents. Having grown up in the culturally rich Mississippi Delta in the northwestern part of the state, the words love thy neighbor were lived out in full measure. With parents who were both from the mid-West and neighbors who always looked out for one another, Alexis knew the importance of culture as well as family. Religion was also an important part of his family and Alexis was raised as a Roman Catholic.

By his senior year of high school, his family relocated to Phoenix, Arizona where he met his future wife, Veronika, at a church youth group. They both decided to attend Catholic universities, he going to Franciscan University in Ohio and she to Duquesne University in Pennsylvania. After graduation, they both returned to Phoenix and married six months later. Alexis secured a job with a French chef who taught him how to cook, a skill he now uses at St. Tikhon’s Seminary. He and Veronika eventually became catechumens in the Orthodox Church and both were baptized.

Like many catechumens, Alexis first came to know about Orthodoxy when he attended university. It was by way of a friend and mentor, Todd, that Alexis learned about the theology and patristics of the faith as well as the saints and early church fathers. It was all new to him despite there being a few Orthodox Churches in Mississippi. His only knowledge of Orthodoxy was gleaned from a few visits to Greek Catholic Churches but these were not the same as Eastern Orthodox Churches. Roman Catholicism simply did not offer the fullness and spiritually rich culture of the Divine Liturgy that can only be experienced in an Orthodox Church.

Alexis lived a rich life in his family and in his culture, but his spiritual life was lacking. Orthodoxy has filled the need for Alexis and Veronika by way of the daily morning and evening prayers, the icon corners in their home, the traditions of the faith and a Church family that is as close-knit as his blood family.

While Alexis’s story is short and sweet, it beautifully showcases one of the greatest offerings of the Orthodox Church: a spiritual tie that binds believers in the faith as blood and culture bind families and neighbors.