Source: Why I Want to be Orthodox 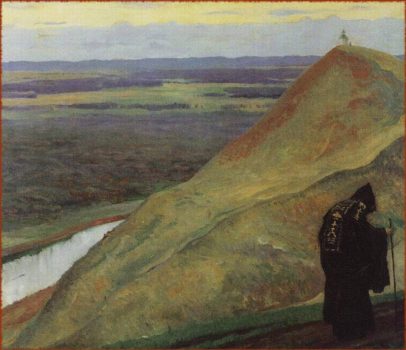 When I first left an Orthodox service I wanted to have nothing do with it. I told my friend who introduced me to Orthodoxy that it was “superstitious nonsense”. But the months that followed did not let me get the service out of my mind. I started to research the church and discovered the concerns I had were perhaps unfounded. And perhaps, my beliefs were more on the nonsense side than those of the Church. So I opened up closed doors and went to another service, and another, and another, until here we are. Catechumens in the Orthodox Church.

During the time of that first service until now Laura and I have asked many questions and received more answers with much grace and patience. We have had many, “Can this be?” and “What do we do now?” moments.

Do I want to be Orthodox? In some ways, I do not want to be Orthodox. My parents. My family. My friends. I, like many converts to Orthodoxy, come from a long line of Protestant heritage. I in no way want to dishonor that history nor am I ashamed by it as I found Christ through my church family and friends and they have nurtured the character and personality that I possess today. But I fear that some of my family and friends will see this as a rejection of those things they have instilled in me. I fear that for some it will cause unnecessary pain and worry. I fear that some of my friends will perceive this change as flippancy when it comes to faith, rather than progression. But I find that, despite these concerns, I can not go back without lying to friends/family, myself, and God.

Do I want to be Orthodox? In some ways, I must be Orthodox. I must be Orthodox because I can’t be anything else. My thoughts on core doctrines like Sola Scriptura and Sola Fide have changed. The Scriptures never say it, the Church never taught it, so why should I believe someone who says otherwise, 1,500 years removed? My thoughts on authority have been shattered. Why should I trust what someone 2,000 years removed tells me what Paul truly meant, over a disciple of Paul himself? I simply can’t go back.

I want to be Orthodox because I am convinced, though I still have many questions and some practices remain uncomfortable. I am convinced this church is the Church Jesus established and the one that was built by His Apostles. This goes against what I am accustomed to. Like many Christians, when choosing a church to attend, it ends up being the church I am most comfortable in and requires little change. Essentially, a church that looks the most like me. This is the first time I am choosing a church that makes me uncomfortable.

I want to be Orthodox because this is the first time I have felt church is good for my soul. Sacraments that I had been taught were purely symbolic, I now know were never understood that way by early Christians. I desire the sacraments that have been missing from my life and that were given to the Church for my sanctification.