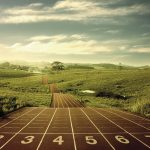 Being born into something can be likened to that race where you have a team of runners who pass a baton to each other after each runner completes his portion of the race. For the most part, when each runner receives the baton, he knows exactly what to do with… Read more 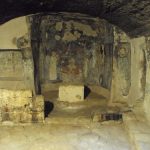 Most stunning perhaps was, in 1996, the conversion of Jaroslav Pelikan, Yale University’s celebrated church historian and Luther scholar. Here is a man who has co-edited 22 of the 55 volumes of Luther’s Works in English, and then late in life he “moved East,” as some theologians like to say…. Read more

Moscow, November 8, Interfax – Finnish Lutheran Church pastor Juha Molari converted to the Orthodox faith at a ceremony conducted by Archpriest Nikolay Voskoboinikov at Helsinki’s St. Nicholas Church, which belongs to the Russian Orthodox Church, on October 30. “It is a very important decision in my life, but it… Read more

I recall being deeply moved by Fr. Richard John Neuhaus’ recounting of his journey from Lutheranism into the Roman Catholic Church (“How I Became the Catholic I Was”). It is a move that not a few have made, with denominational provenance spanning most every Protestant confession. Though I journeyed in a… Read more